The stylish city backpack from Feuerwear

No matter how much – or how little – stuff you want to shoulder on your way downtown, on your bike or when going to the uni: backpack Eric takes it all in stride, all the while looking stylish. The distinctive urban design combined with recycled fire hose, makes Feuerwear Eric a one-of-a-kind backpack. 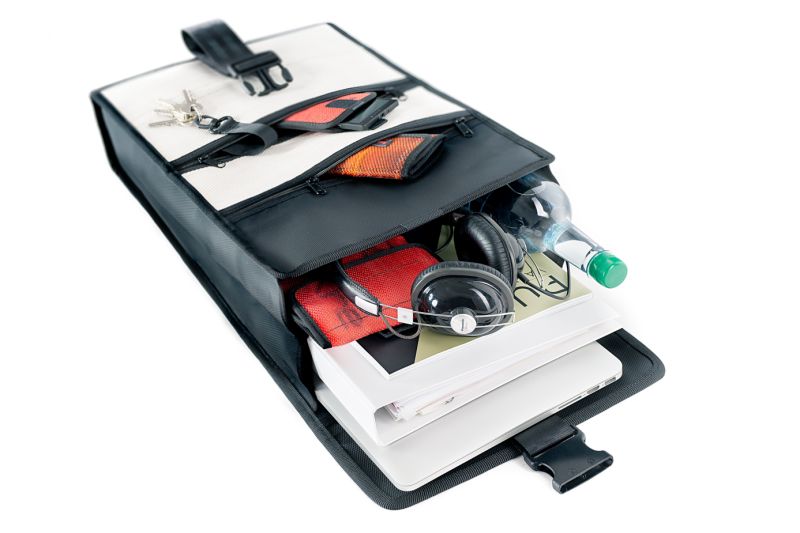 A compartment for every purpose

Eric helps you fight chaos in your backpack

With its four compartments, daypack Eric offers enough space for all your important stuff. The outer zippered compartments are perfect for keeping your mobile phone, wallet and other small items. Of course the highlight with Eric is its resizable main compartment. From your sports kit to your weekly groceries, everything fits comfortably in this backpack made of fire hose. And you can use the 15” laptop compartment, even when Eric is pretty full already.

Reliable closing with the flick of a wrist

You can easily open and close the durable buckle with one hand. Thanks to the adjustable strap attached to the buckle, backpack Eric can always be closed securely – even if filled to the max. 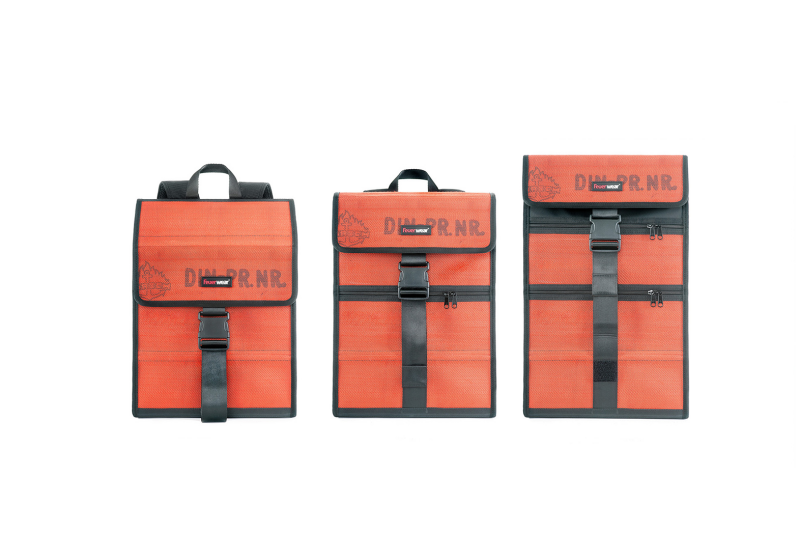 Eric is as dynamic as your lifestyle

More than a city backpack

Feuerwear backpack Eric is ready for every mission, whether at the uni, on travels or downtown. Thanks to its flexible size, you can increase the holding capacity of this designer backpack from 17 to 23 liters. Eric stays always slim while providing ample storage space. Width: 31.5 cm Height: 43 – 51 cm (variable fill height) Depth: 13 cm 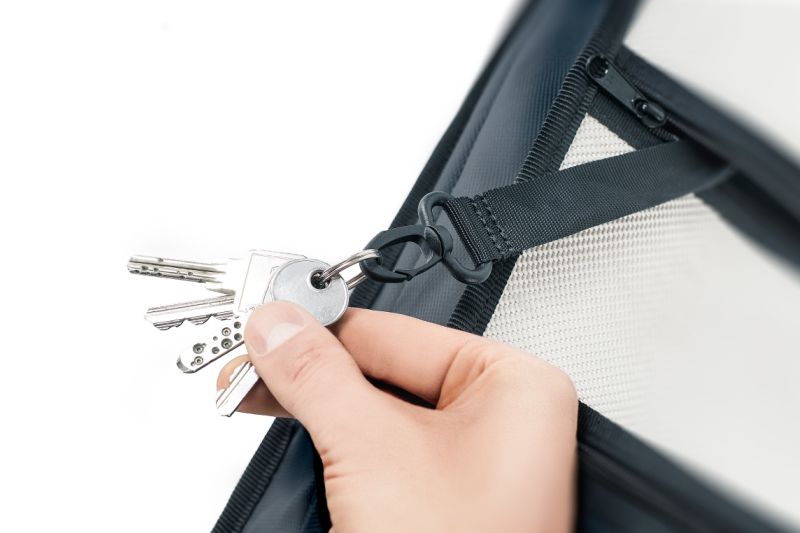 No more rummaging for keys

With the integrated key finder, you always have your keys at hand

The key finder is a small feature of backpack Eric yet a great time saver. Especially in hectic situations, the key finder in this city backpack proves itself as a trusty helper. 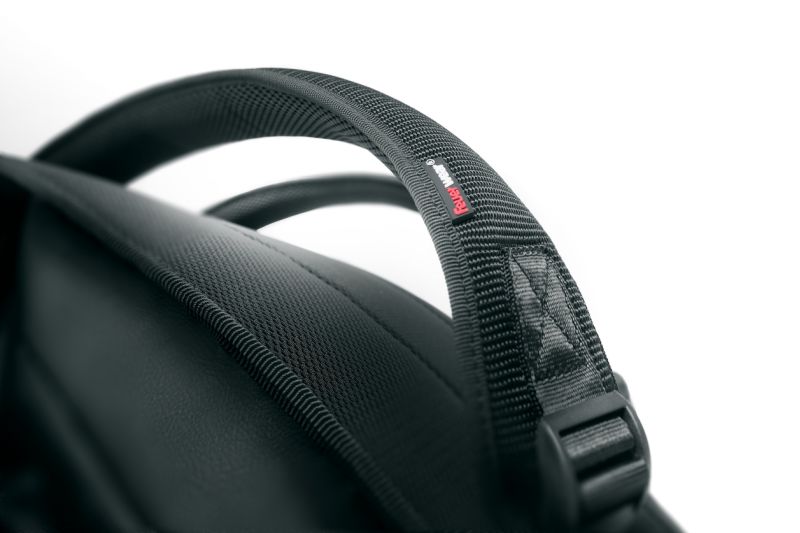 The strap system for everyone

Adjust Eric for a perfect fit

The belt system of backpack Eric can be adjusted to your body size, therefore guaranteeing a perfect fit. With the well-padded shoulder straps, you can easily carry more weight and still arrive comfortably at your destination.

For years the fire hoses helped save lives in countless fire-fighting missions. They were dragged through rubble and mud and had to withstand ­flames and heat and transport many thousands of cubic metres of water. The individual markings of various fire stations and traces of fire-fighting missions make each Eric backpack truly unique.

Find your unique product in our online shop

Write your own review 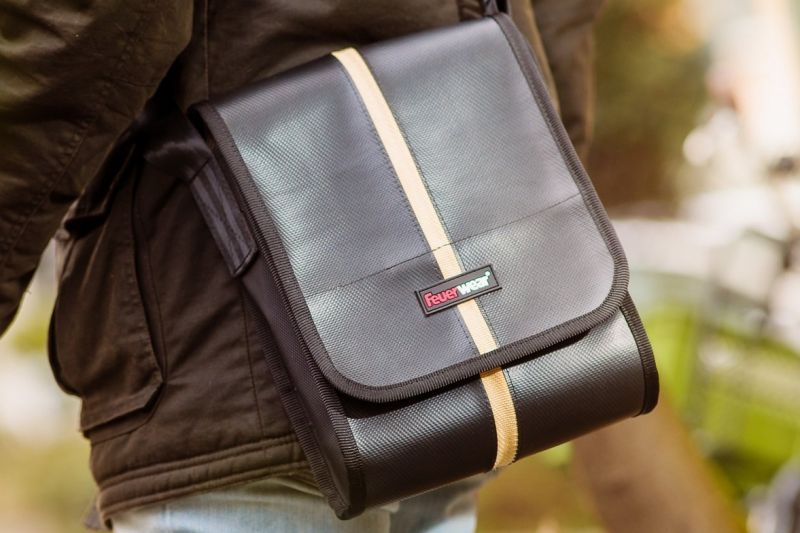 Narrow shoulder bag Jack made of recycled fire hose. For men and women - for you and me. 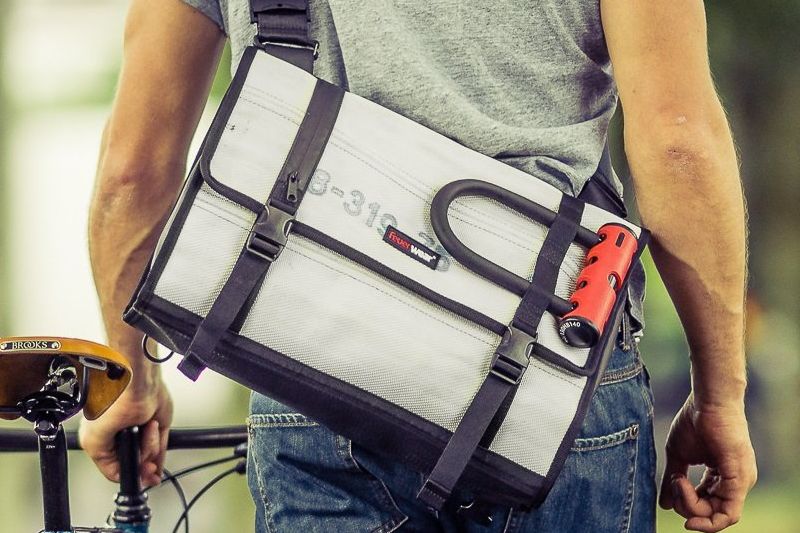 The spacious and flexible messenger bag comes with a clever strap system for bike rides and is also adjustable for left-handers. 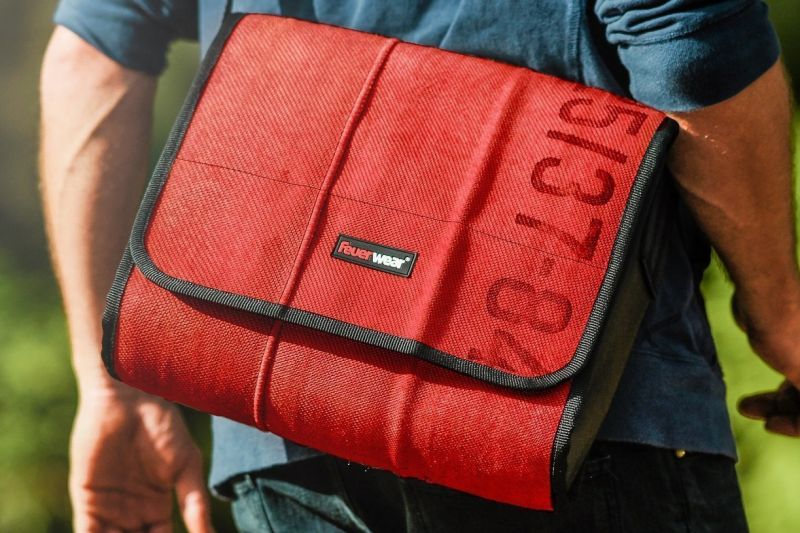